Get to know the heart of Modality Systems and discover how we're helping to build a better world together.

Written by Modality Newsroom on 2, August 2018 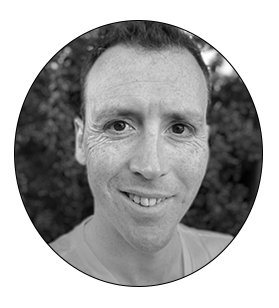 How long have you worked for Modality Systems?

I joined Modality Systems in January 2012. Seven years in one company: that’s a lifetime in IT!

What attracted you to the company?

I can still remember my interview, and there were two things which really stood out and told me I wanted to work at Modality Systems. Firstly, the work looked really interesting: writing tools and applications to help people work together better and communicate more effectively was certainly more interesting than what I had been doing. Secondly, the passion and excitement of my interviewers about the work they were doing and the customers they were working for convinced me that I wanted to join in and be a part of what they were building.

It was a while ago, but what I do remember is that straightaway I was working on a project for a big Pharma organisation, delivering content that would contribute to shortening how long it took drugs to come to market. There was all the support and help I needed to get up and running, but it was great to be able to jump feet first into my first project.

What does working here mean to you?

Working at Modality Systems means working alongside some of the best people in our sector. Everyone here is passionate about what they’re doing and about the services that we deliver to customers. There are some really smart technical people here, and I often feel more like I’m in a club of like-minded enthusiasts, not at work!

How would you describe what you do?

I wouldn’t still be here if I’d done the same thing every day for over 6 years! I’m first and foremost a software developer, but today my role as Product Innovation Architect includes thinking about the products of the future, talking with our customers to understand what’s important to them, and working with our partners (including Microsoft) to make sure we’re making the most of new services, APIs and technologies. I also run Modality Labs, which is our incubator for R&D projects, pilots and concepts.

Describe Modality Systems in one word:

Agile (in the best meaning of the world – developers will know what I mean!)

What's the best part of your job?

Without a doubt, the people I get to work with, both within the Development Team and the wider company. As a team, we’ve delivered some amazing products which have changed how people work. As a company, the way we genuinely listen to what customers are saying has been our biggest strength. When we bring those two things together and deliver what customers are truly asking for in the market, seeing their reactions is one of the best parts of the job.

Ooh, that’s hard. If I’m not seeing customers, partners, or at a conference, I’ll often work from home. We use Microsoft Teams to communicate, so that’s my first port of call. I usually have several projects on the go, so I try and get some development done first thing, before it gets busy. Then, after lunch, I’ll try and do all the other things, such as new project design for customers, some R&D, or meeting with our Labs participants. Often, variants of that day happen when I’m traveling, using a mobile and laptop instead of a desk. And, just as often, something completely different happens instead!

If you could have one super power, what would it be?

Definitely time-travel. I’m always wishing for more time, and trying different productivity tricks to streamline the time I do have. I know I get the same amount of time in the day as Einstein, Gates & Branson, but it doesn’t always feel like it!

That’s a hard one. I love a proper American steak, eaten in a old-style restaurant on the side of Route 66 washed down with a local craft beer. Equally, it’s hard to beat freshly grilled sardines in a taverna on a beach in Greece. Maybe what I’m saying is that I value the environment and sense of place, as much as I do the actual food itself. Wow, that was a deep answer!

If you could be an animal, what would you be and why?

Got to be a cat. They’re clearly in charge of everything. Sometimes our cat looks at me with a look that says “If I was your size and you were my size, things would be very different here”.

Read more of our 'Five Minutes With' series to learn about the culture at Modality Systems, and meet some of the people behind the brand.