All the latest press release, industry news & award accolades from across our global business

Modality Systems recognised as a finalist for 2018 CRN Impact Awards

Modality Systems recognised as a finalist for 2018 CRN Impact Awards

12 April 2018: Modality Systems, the world’s largest Microsoft communications practice, is delighted to announce that they have been recognised as a finalist in 2018 CRN Impact Awards.

The CRN Impact Awards are unique across Australia and aim to celebrate supplier-led Australian IT projects and technology innovators that are making a difference for customer organisations.

Modality Systems has been selected as a finalist in the Workforce Empowerment category. This award recognises projects that promote flexible working, enable mobile workforces and create the workplace of the future. The award-entry showcased how Modality Systems delivered the first rollout in Australia of a Microsoft Enterprise Cloud Voice and Skype for Business PSTN conferencing project for BAI Communications.

During 2017, BAI Communications became one of the first organisations in Australia to deploy Microsoft Enterprise Cloud Voice, which includes Office 365 and a cloud-based PBX. By moving the traditional PBX connection into the cloud, BAI Communications avoided having to purchase and install significant amounts of on-site equipment.

The project, which took two years to deliver, has brought down BAI’s conferencing costs by more than 70 percent, as well as allowing the company to decommission outdated technology.

Furthermore, an internal survey showed that productivity had increased by 94 percent for users that implemented Modality Systems’ adoption program.

Commenting on the recognition, Justin Morris, AU Country Manager & VP APAC said: “At Modality Systems, we are focused on innovation and helping to move the industry forward with solutions that truly empower our customers and end users. This award recognition is testament to the hard work of the implementation team, and the ease and simplicity of Modality Systems’ solutions, especially within this type of environment. It is easy to see the positive impact it has made on BAI Communications productivity, as well as being able to make staggering cost savings.”

“The unified communications space has been growing by leaps and bounds. We look forward to discovering the judges’ final pick.” concludes Morris.

Winners will be announced at the CRN Pipeline conference on 3-4 May in Sydney.

IS YOUR NETWORK READY FOR SKYPE FOR BUSINESS & MICROSOFT TEAMS? 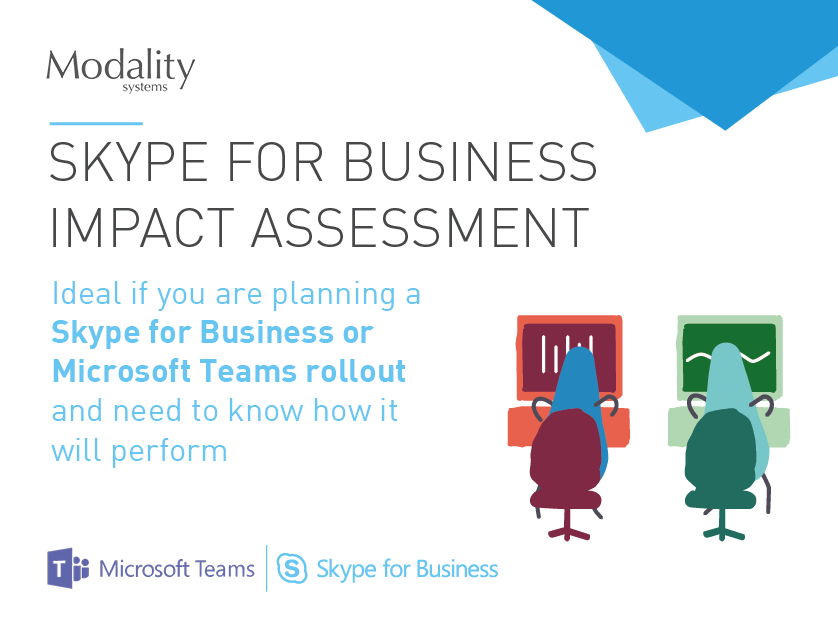