Confessions of a Project Manager - the language of Teams

Confessions of a Project Manager - the language of Teams

Written by Modality Newsroom on 28, November 2017

In the final part of our Day in the Life of a Project Manager series, our Microsoft Teams guru Lyndsay Ansell shares a guide to help you navigate the language of Teams.

Although very intuitive and easy to use once you get used to it, the world of Teams and its associated language does take a bit of getting used to.

Here’s a little guide to help ‘translate’ the basics in the world of Teams for those who are just starting out. 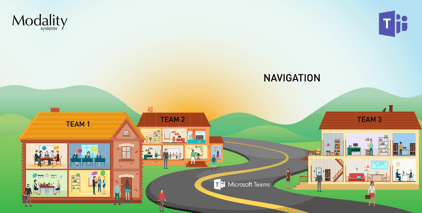 When you set up a new ‘team’, this acts as the over-arching ‘space’ that you wish to occupy in Teams. Think of Teams itself, as in the application, as a street; a ‘Team’ is like a building. The ‘Team’ houses all of the ‘Channels’ that you set up, which are like rooms in this analogy. The ‘Team’ level is where you can manage which members are included and what permissions they have for making changes to settings/channels in the Team. All team members will have access to all rooms in the house. 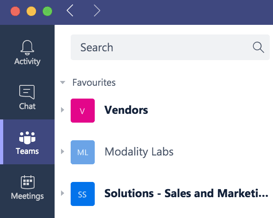 There are a couple of vertical navigation bars side by side on the left of the Teams window. The smaller purple bar gives you the high-level navigation options. If you click on ‘Teams’ inside the black bar, you will see the white bar next to it populate with the list of Teams that you are a member of. To the left hand side of each Team name is a tiny arrow, which will show or hide the list of Channels within that Team when clicked. The Channel that you are currently viewing is always highlighted with a grey bar, so you’ll always know where you are. 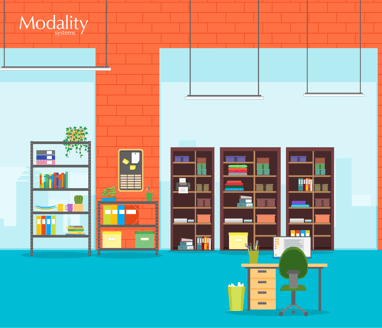 When you click on a Channel to view it, you will see the title of the Team and Channel at the top of the window. Underneath this you will see a horizontal list in a smaller font. These are the Tabs inside the Channel. Think of those as the cupboards within the room. The standard tabs on a newly created Team are ‘Conversations’, ‘Files’ and ‘Wiki’. You can add new tabs by clicking the plus sign at the end of the list. Tabs can act as shortcuts to particular files within the Channel, or as an integration with other products, like 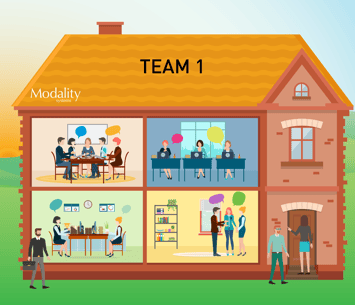 This is the default view of each Channel, and is like a discussion board. You can start a new conversation in the white box at the bottom of the screen or ‘Reply’ to an existing conversation.

Replying to existing conversations keeps related discussion points in a handy thread, so it’s useful to remember this rather than posting a new one each time. Threads appear in the feed in date order of most recent response.

It is possible to send emails directly to the Teams channel. I’d consider this mainly useful for bringing in ‘outsider’ communications. For example, my customers are not members of my Teams, so I copy the Channel into their emails to capture the conversation. If everyone internally in the Team is just talking to each other, using the Conversations tab instead of emails is an excellent way of keeping your email inbox tidier.

If you want a Team member to pay particular attention to a conversation you’re posting in a Channel, you can type the @ symbol before writing their name. This is called a ‘mention’. Any Team members that you mention will get notified via a Teams pop-up on their desktop, and also by email.

Hopefully that is a useful overview of getting to grips with the terminology within Teams.

Below are a few of the most frequent questions I get asked from people when they are starting out with Teams. 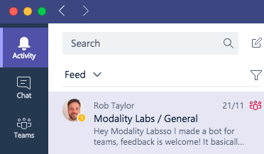 Panic not, Teams has got your back. In the very top left of the Teams window, you should see a slightly strange bell icon labelled ‘Activity’. Clicking on this will give you a whole list of interactions that others have had with you in Teams, including mentions, likes and replies to your threads.

Some of my channel names are bold, but others are not; what’s that all about?

This means some activity has gone on in the channel that you’ve not yet caught up on. Get in there before you miss the party!

I’ve been told that a document I need is in files in Teams, but I can’t find it.

Ever so slightly confusingly there are two separate instances of Files within Teams. Each Channel has its own Files tab, where you can store and organise documents into folders as you would with SharePoint.

Over on the very left-hand side of the window in the blue navigation bar we talked about earlier, there’s another Files option. This defaults to a list of all of the recent documents you’ve opened from within Teams. You’ll need to know which Channel your files are stored in to be able to get at them. If someone else is trying to direct you to a document, they could help you out by giving you a mention in the correct Channel and/or send you a link.

I know that my Team has got more Channels than the list appearing in the navigation bar. Where have they gone? 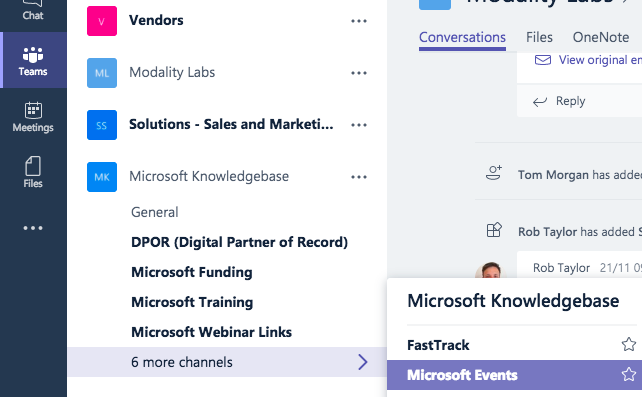 For Channels to show in the white navigation bar, you’ll need to mark them as favourite. And don’t panic, they haven’t disappeared. You should see a ‘more channels’ link at the bottom of the list, which will show you the full list of Channels. To mark a Channel as favourite, click the star icon to the right hand side of the Channel name.

Infographic: A Day in the life of a Project Manager

Blog: Why Teams is great (and it's not just because of dancing penguins)

Blog: The 'rules of engagement' to make Teams a success

Want to know more about how Teams can work in your environment? Request one of our strategic workshops to help you define your Teams roadmap. 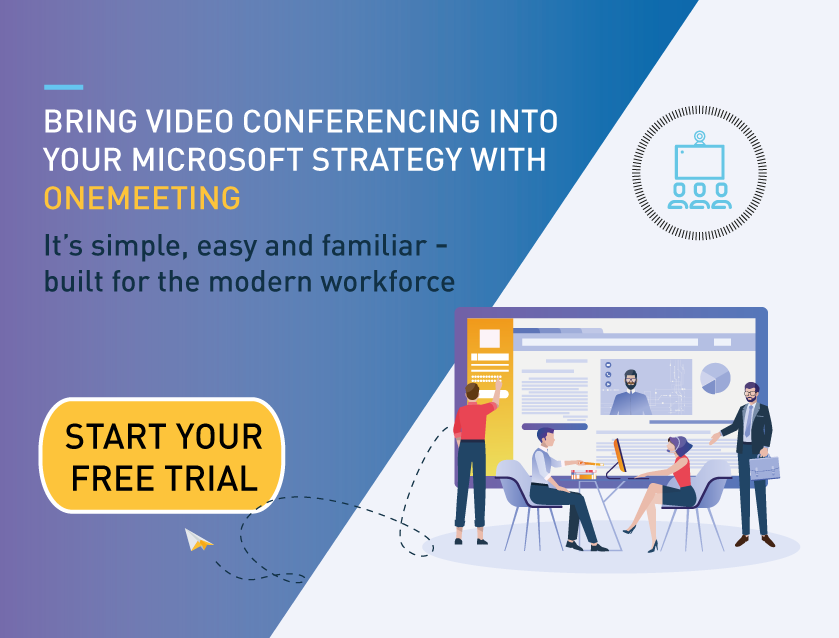 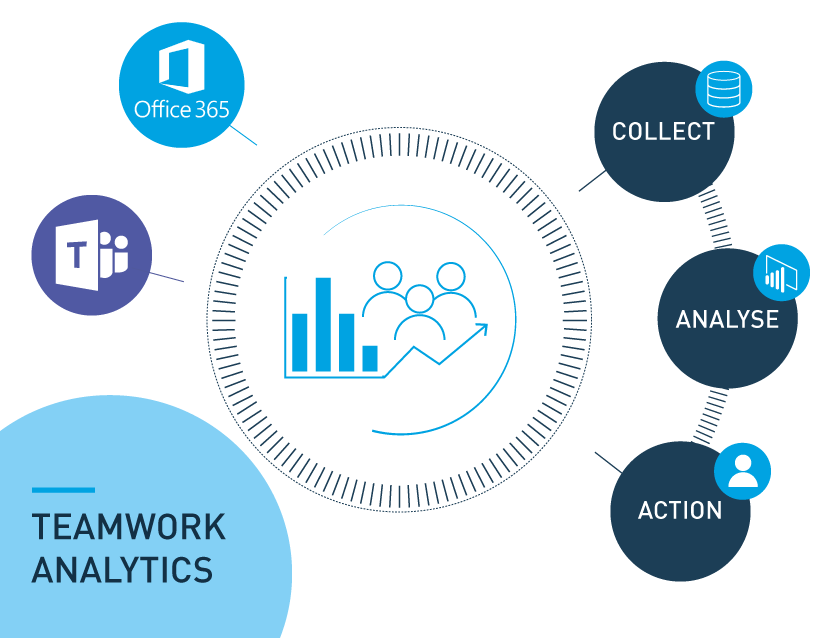